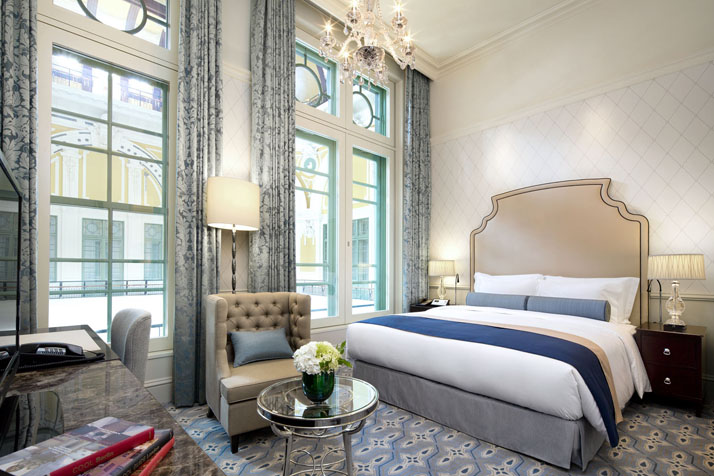 Richmond is delighted that its beautiful design work for The Tokyo Station Hotel is now on show to the public as the hotel reopened its doors earlier this month. Originally opened in 1915 as part of the Marunouchi Station Building, the Hotel has undergone an extensive restoration process that has been consistently sensitive to the building’s historic heritage.

The iconic building is one of the oldest surviving buildings in Japan and has survived both world wars as well as the Great Kanto Earthquake of 1923. Located in Tokyo’s financial district of Marunouchi, the distinct brick Gothic building combines European classicism and modernism to create a sophisticated and refined interior within its prestigious walls.

Richmond researched the hotel’s fascinating history at length, as well as Japanese culture in general, to ensure that their designs encapsulated the essence of Japan and its traditions, while simultaneously offering an unrivalled experience for the 21stcentury visitor. In merging elements of the Hotel’s architectural grandeur and introducing contemporary styling, Richmond has helped to recreate a truly unique destination in the heart of Tokyo.