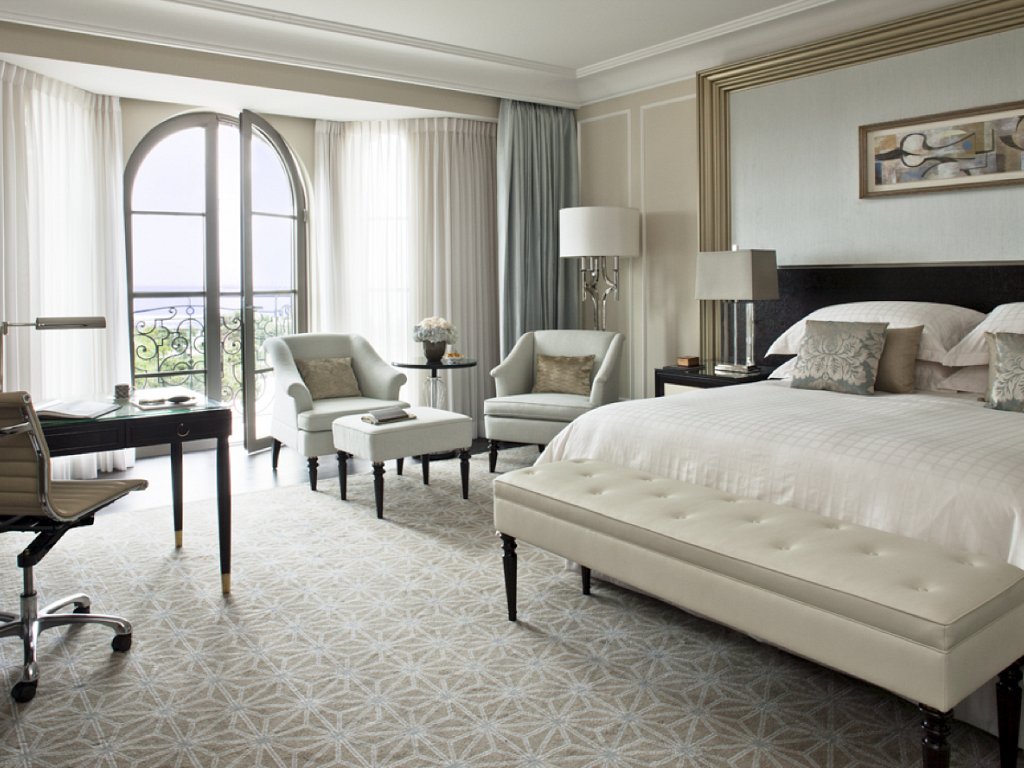 Richmond’s beautiful interiors for the latest Four Seasons Hotel located in Baku, Azerbaijan, can now be viewed as the Hotel has opened to great acclaim.

Typical of Richmond, the interiors are designed to the highest quality and are inspired by the Grand Classical Hotels on the French Riviera, merging the French Beaux-Arts style with contemporary twists.

Benefitting from the most spacious guest rooms in Baku, the Four Seasons Hotel, Baku is positioned prominently on the Caspian waterfront promenade and its striking nine storey classical architecture makes it an unrivalled destination in this dramatically changing city.

Richmond’s choice of a neutral colour palette combined with accents of fresh greens, charcoal and ebony, alongside subtle textures and patterns that add a sense of refined luxury, makes for a calming and sophisticated ambience. Undulating curves on the furnishings combined with spectacular sculptural bespoke lighting add a touch of drama to the rooms, perfectly suited to this vibrant city.

The Four Seasons Hotel, Baku perfectly illustrates the commitment Richmond gives to the sourcing and detailing of interior design projects such as this. By seamlessly blending the classical with the contemporary, Richmond has created a hotel interior that instantly welcomes and relaxes its visitors while crafting the sensation that they are within the highest quality environment.