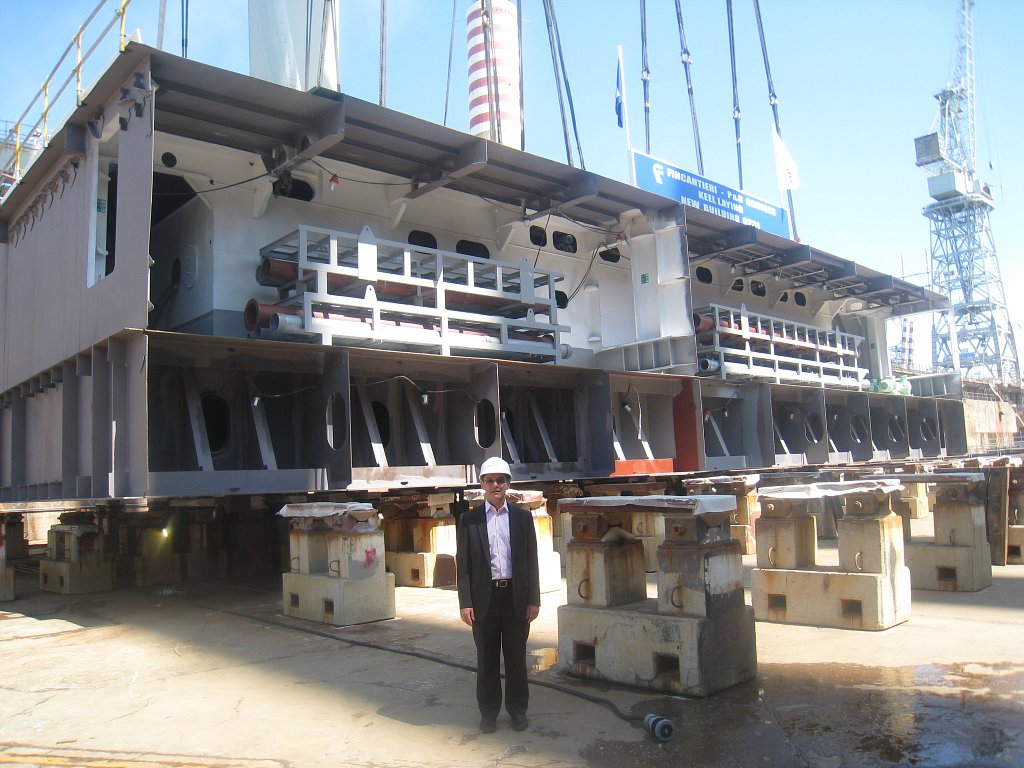 Terry McGillicuddy attended the Keel Laying Ceremony for P&O Cruises’ largest cruise liner at the Monfalcone shipyard, Italy. A momentous event in any ship’s construction, this ceremony even more so for Richmond as its designers are responsible for all aspects of the interior, from passenger cabins to the many restaurants and entertainment areas, a British first. Richmond is merging the classic style typical of P&O Cruises’ iconic ships with modern and innovative features that will appeal to both the current and a new generation of passengers. Richmond’s involvement comes following the successful completion of the Lotus Spa for P&O Cruises sister company Princess Cruises.

The ceremony was also attended by Carnival UK CEO David Dingle, Fincantieri Shipyard Director Carlo de Marco and P&O Cruises Managing Director, Carol Marlow. The yet unnamed ship will be the largest built for the British market when complete in Spring 2015.