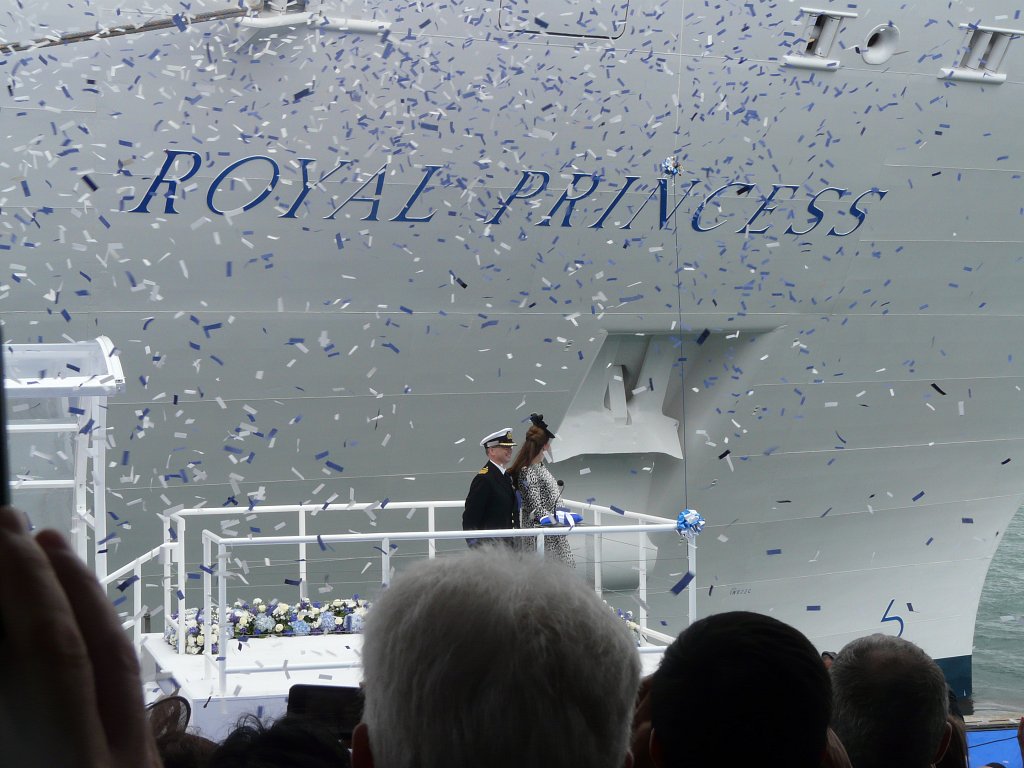 Royal Princess, the newest member of the Princess Cruises fleet, was christened by Her Royal Highness The Duchess of Cambridge on June 13 ahead of its maiden seven-day voyage from Southampton to Barcelona.

The ceremony included performances by the Royal Marines Band, the pipers of the Irish Guards and pop singer Natasha Bedingfield. Speaking at the ceremony, Alan Buckelew, Princess Cruise’s CEO and president said it was a “proud day” and the accumulation of several years of design.

On board the 141,000 tonne ship is Richmond’s first spa at sea and first foray into ocean liner design. The Lotus Spa has been given a central, convenient location just off the main atrium placing it at the heart of the vessel and boasts more treatment rooms than any of its sister ships, as well as an enhanced thermal suite, called the Enclave, complete with a hydrotherapy pool and accompanying rain shower.

Terry McGillicuddy, director at Richmond, attended the ceremony: “It was a wonderful moment when Her Royal Highness The Duchess of Cambridge blessed the Royal Princess, and indeed a very proud moment for Richmond. We are delighted that the Lotus Spa will be a part of the experience of thousands of passengers in years to come.”