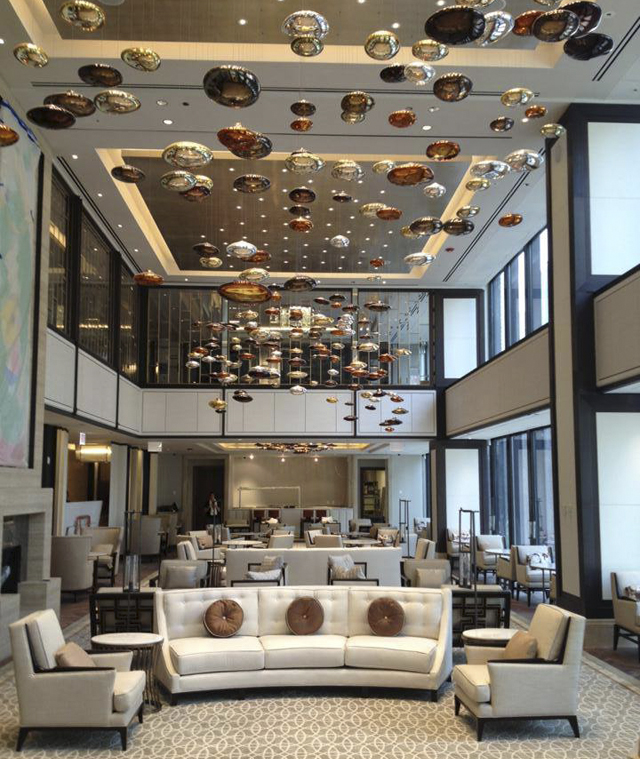 Designed originally as offices, the project is a refurbishment of floors 2-13 of the 52-storey iconic Mies van der Rohe-designed tower. The hotel includes 320 rooms and suites plus a spa, restaurants, bars and function rooms. Richmond’s design challenge was to create a series of interiors in character with Langham’s traditional design sensibility yet set in an iconic Mid-Century modern building.

Originally known as IBM Plaza, the building was completed in 1970 and was the last skyscraper that Mies’ designed. As a protected structure, the exterior and lower two levels of the building could not be significantly altered. However, working with architects Goettsch Partners, Richmond was able to cut new spaces into the Miesian plan to create double height ceilings throughout the main public spaces to allow the light and the cityscapes to become part of the interior architecture.