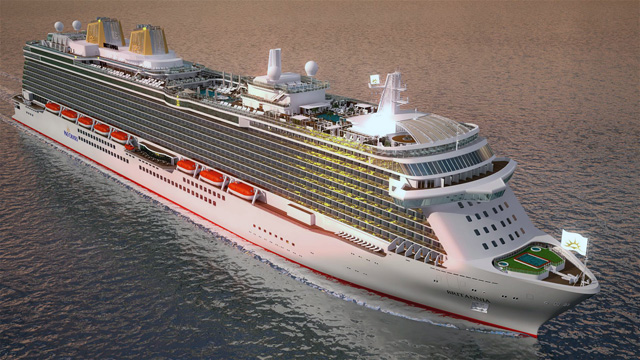 The largest ever cruise ship to be built for the British market, Britannia will undertake her maiden voyage in March 2015. Designed for worldwide operation, the ship weighs 141,000 tonnes and will sail in and out of Southampton and cruise the Mediterranean, Northern Europe, occasionally across the Atlantic and in the Caribbean in winter. Richmond is proud to be designing this exciting project and looks forward to unveiling interior plans in the near future.