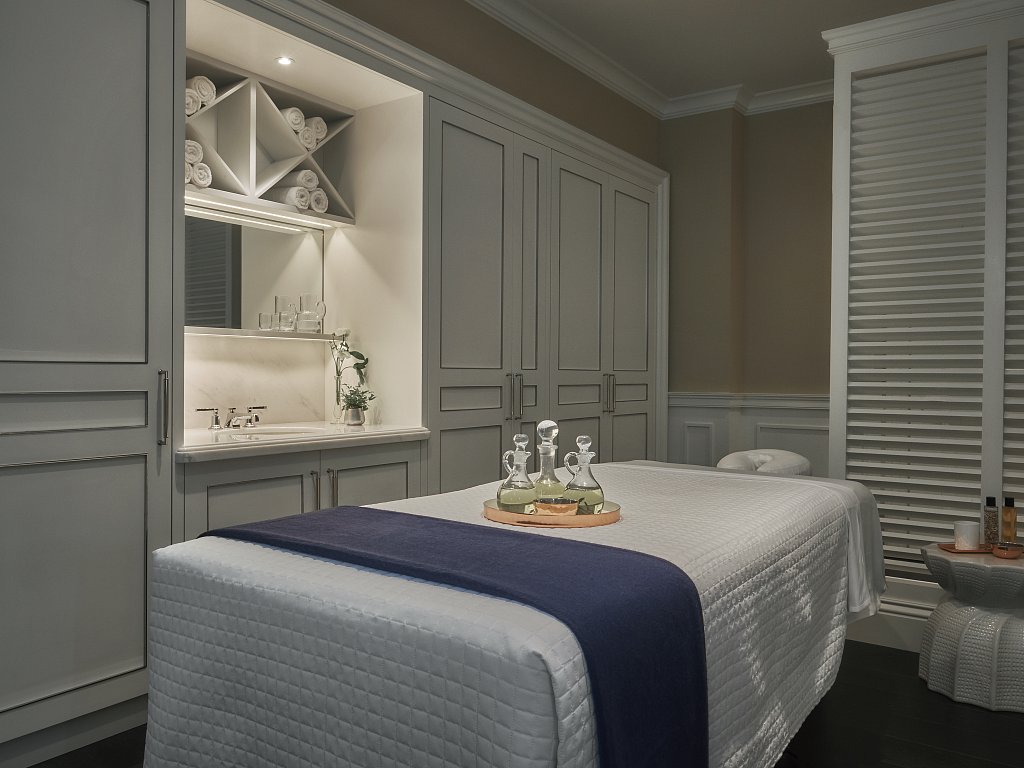 If there was ever a time I needed to destress and focus on health and wellbeing, it’s now but even in the best of times a hotel’s spa is often my first point of call. A spa has a unique way of helping me to unwind and I was hopeful that this would remain, despite all the new safety measures.

For the most part, for treatments like manicures, I’ve always known that spas by their very nature have had extremely strict hygiene protocols in place and in a luxury hotel such as this, it was already the case that the manicure stations are well distanced in the expansive space. While the smaller existing protocols like sanitising the nail files have remained, I did expect the additional measures. A new Perspex screen separated me from my manicurist with a slot to allow my hands to be taken care of and meant I could sit back and relax while both the therapist and I were safe.

To my delight, I was also offered the option to have treatments in-room and I can see why that would be popular. Having the team of therapists on call to come to me in our spacious room would completely take away the stresses of entering another area.

The wet areas like the ice rooms, saunas and jacuzzis were always going to be a bit of a different challenge though, but perhaps an area where the truly luxurious hotel spas can really shine. Here I was indulged as I had an entire spa suite to myself. A private steam room, sauna and plunge pool were mine to use alone with the assurance the whole space had been sanitised prior to my arrival. I’m aware this is an example that only the very best hotels can offer but it was worth it, and for other guests who may be particularly safety conscious this is perhaps the only option.

The great outdoors is something I’ve missed out on recently so the chance to spend some time breathing in fresh air was not one to be missed during our stay. As massages became one of the first treatments to be reintroduced, I was keen to sign up and the outdoor treatments in tasteful, private cabanas looking onto the peaceful countryside was a real highlight.

A new development in the spa of the hotel was a clear distinction between the changing areas for gym users and spa users. I know I don’t want to mix with all the many bodies coming in and from the gym when I’m popping by for a massage and I’m sure they wouldn’t be happy with my slow and meandering use of all the luxurious facilities when they have schedule to keep. The two separate spaces meant there was comfortably enough room for social distancing for all.

The gym itself was clearly going to be an area where some changes needed to be made. Private hire of the entire space is for some people, the dream scenario (not for me, I might add) and a way of navigating concerns around who might have used a machine before you. Plus, the in-room yoga mats and equipment available on call like weights allowed many to skip the gym altogether.