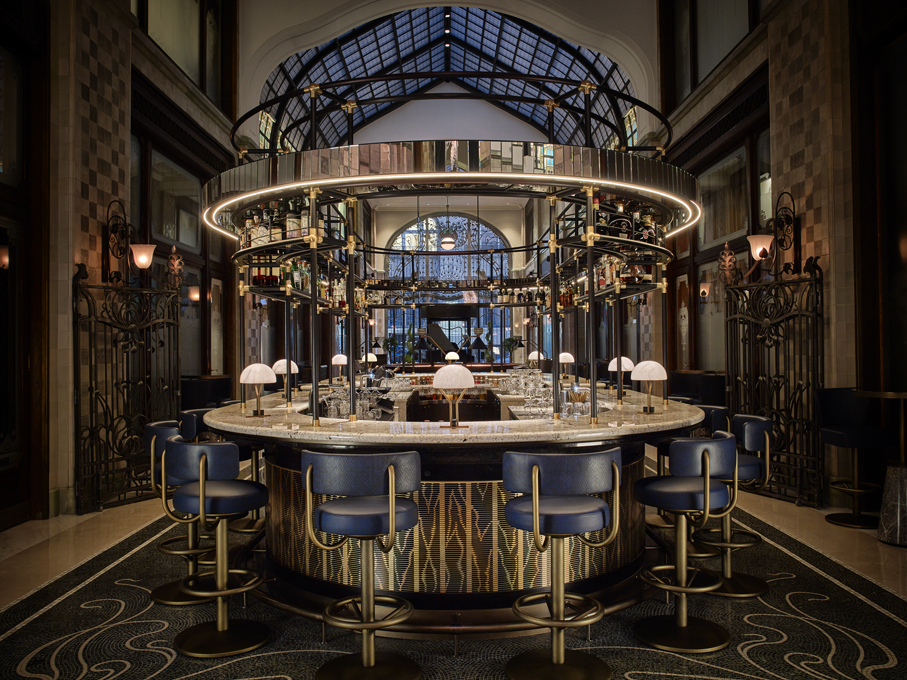 The boutique approach to hotel design has gone from strength to strength since it first emerged onto the scene with the opening of Blakes Hotel in London in the late 1970s. Offering guests a more intimate, home-from-home feel, smaller boutique properties have often provided the canvas for quirkier interior design that also delivers a sense of luxury, whilst often at the same time paying homage to its locale and often the history of the buildings they occupy.

From the 1980’s cheaper and more accessible flights sparked a rapid expansion in the world travel market, signifying a need for more good quality hotels. As world travel became more available, we opened local offices of Richmond International in Sydney and Hong Kong and competed projects around the world including the Peninsula in Hong Kong, bringing the style of The Dorchester to the East.

As access to the rest of the world opened up, we saw that hospitality design around the world was changing too. By the late 80’s Amanpuri, was established in Phuket, creating the first of the Aman Resorts, demonstrating that a boutique hotel could be the complete package, filled with character and as luxurious as possible.

In the 90s Michelin-starred Anton Mosimann at The Berkeley became one of London’s top restaurants. It also marked the start of hotel restaurants becoming destinations in their own right. Across London other top chefs were brought into hotel restaurants, something which went on to expand worldwide. We were tasked to refurbish the hotel and bring it up to the same standard luxury level of the current marketplace. Marked by an emphasis on public spaces, the lobby increasingly became a focal point for socialising, and bar became a fixture on the local scene rather than merely providing services for guests. We saw that all these elements added to create a more social lifestyle for guests.

Over past 20 years, ensuring authenticity and adding elements to the interiors that are relevant to that local has become even more important to a hotel. Be it artworks of local landmarks, or from local artists or items that are made locally, hotels want to integrate into its surrounding area and be a part of the local community.

Four Seasons Gresham Palace in Budapest is an example of our commitment to the history and heritage of iconic buildings. Working with local artisans and manufacturers we reconstructed and recreated the secessionist masterpiece built in 1906. The design won awards and, restored to its former grandeur, the Gresham has become a symbol of the city’s transformation.

The advance in technology across the industry in the last few years has been unprecedented and looks set to leave a lasting impression on hotel design in the future. Technology is now firmly rooted in hotel design and the guest experience. Charging points, tablets, flat screens and in-room control pads have all brought about a marked change in the design and functionality of hotel interiors. This level of innovation has also been driven by guest demand. As with remote working and working hand-in-hand with the advances in the design of lobby and reception areas, the appetite for new technology shows no signs of abating and it will be fascinating to watch the next stage in its evolution as guests continue to return and the industry faces the brave new world head on.